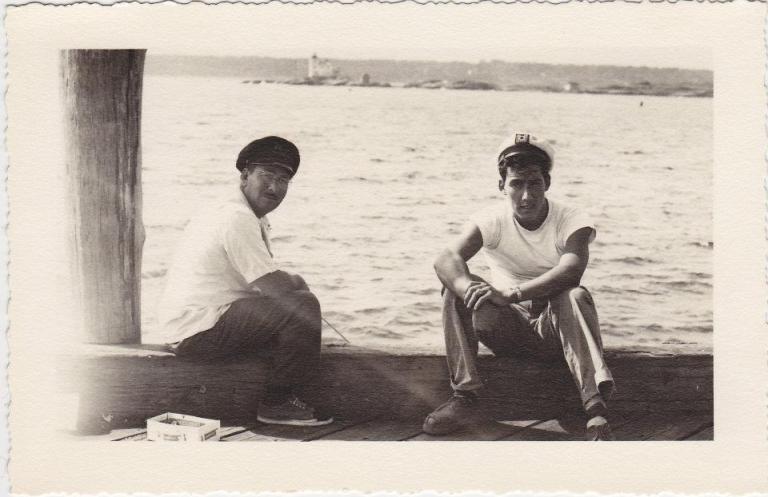 While building a porch today, I realized something about my father. He had lost the first seven years with his because of a war. As much as he had wanted to see his Dad in those tender years, he could not. Separated by an ocean as his father took care of those he could save and let go of those he could not.

When he returned, or so I am told, he was still the man he was, full of life and love and wanting to do things, but there was a side that had been squelched from his time overseas. War, loss and more loss, all took its toll. When I was a boy, my father was reserved in some regard, perhaps because of this relationship with his. My father was not knowing how to fully connect with me, other than, let’s build something, lets work on this. It is in those times, I knew my father, shared with him, the moments of ingenuity, making something work, building something and then being thankful that we could.

As I built the deck portion of the porch, I found myself making it strong and perhaps stronger than it needed to be. Perhaps to make it last beyond me, and certainly now beyond him and his father.

We move forward each day, and above all, build things because we can and because we believe that they could last, if only for a life, maybe two. We will never know, but we will make the effort and do our best, to make it so.

What ever you build, be it a house or a home, remember that nothing is forever, except the desire to try and do the best you can, with or without him or her or them.