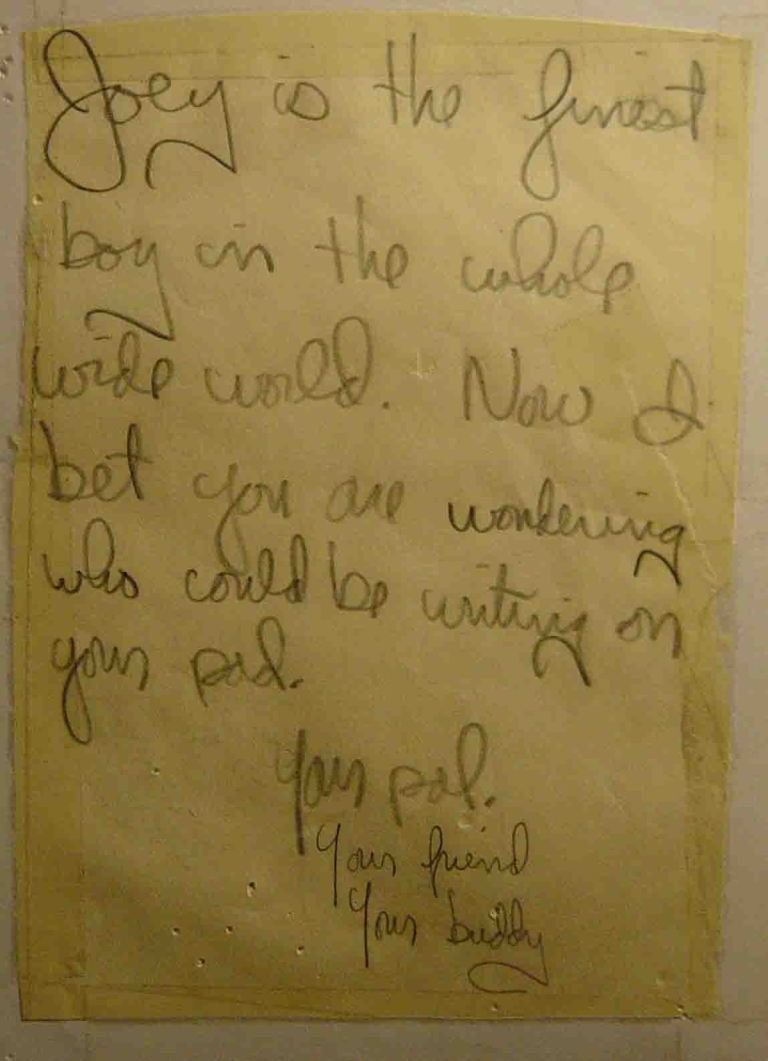 While my father did have access to the Internet and email in the later years of his life, there is not much online content about him. I’ve googled his name on occasion and always land on his obituary. The word obituary is a solemn word and perhaps the word “celebrary” would be more in tune with how we want to remember a loved one, but it is not yet- a word.  I added to my dictionary just the same and to Urban Dictionary for those wishing to use it.

A written notice of celebration for a friend or loved one that lived with us, shared with us, enjoyed their life and those people and things that were important to them. Remembering their curiosity and joy of their moments in our time of loss.

My father’s celebrary brought tears of joy to his friends and family. He will be missed, but we will always remember his smiles, laughter and how he lived life to the fullest.

I thought I would capture the original words of his celebrary, here published by Seacoastonline.com. I believe Joan would have provided most of the text. She was not my mother, but I came to find that they were born from the same cloth, her humor, his humor, her intelligence, his intelligence, both finding joy in their days and as the mantra of the state of Maine, his last earthly place, proclaims, “The Way Life Should Be”.

KENNEBUNK – Joseph A. Mellone Sr., 73, of Kennebunk, died Friday, Jan. 29, 2010, with his devoted family by his side, after a valiant five-month struggle with a rare liver cancer.

He was eldest son of John A. Mellone, M.D., and Evelyn V. (Calabrese) Mellone of Barrington Rhode Island, who pre-deceased him.

He leaves his loving wife, Joan L. Fox, of Kennebunk; his three beloved children, Joseph A. Mellone Jr., of Portland, Michelle Arsenault, of Douglas, Mass., and Melissa Lynch, of Snellville, Ga.; six beautiful grandchildren of whom he was very proud; a sister, Maria V. Mellone, of Barrington; brother, John A. (Jack) Mellone, of Washougal, Wash.; and niece, Jennifer L. Mellone, of Campbell, Calif.

Joe (aka “Koolman”) was born Nov. 8, 1936, in Providence, R.I. He graduated from Barrington (R.I.) High School, and as a teen, summered on Conanicut Island, R.I., while working on the Jamestown ferry boats to help fund his college education. To accomplish this end, he also worked for the U.S. Post Office and grocery stores. His schooling was interrupted while he served his two-year obligation in the U.S. Army. He was a member of Beta Psi Alpha fraternity and graduated in 1960 from the University of Rhode Island with a major in mathematics.

At the onset of the computer age, he began his professional career working for IBM in Binghamton, N.Y., in the new position of computer programmer – using the new computer languages of FORTRAN and COBOL. His second position took him to Framingham, Mass., where he worked for Control Data Corporation located on the “silicon highway” of Route 128 in Newton, Mass. In 1968, he joined a start-up company called AutEx Systems in Wellesley, Mass. AutEx had an idea to sell blocks of stock via their computers to large institutions. Joe was instrumental in computer programming and sales support in this endeavor. He was promoted to vice president of systems and operations, where he remained until 1988 when the company was purchased.

As a second career, Joe became a mortgage originator for Shawmut Bank in Newton, Mass., in 1988. He was awarded “Rookie of the Year” in 1989. After 13 years in mortgage origination in Massachusetts, he and Joan decided to settle in Kennebunk, where he went to work for Kennebunk Savings Bank as a loan originator, and where he recently completed his career as one of the bank’s couriers.

Everyone knew Joe as a real “go-to” guy, who was always ready to lend a helping hand. He always put others first, before himself, and went the extra mile with friends – whether helping someone find a job, giving financial advice, or even walking their dogs. He was continually searching for life’s hidden treasures. He loved astronomy, knew all the constellations, and loved the earth itself and the study of geology. He enjoyed working with his hands – especially with wood – and he was a talented artist, carpenter, gardener, and “fix-it” man. Anyone who saw his workshop was amazed, not only at what it contained, but at how organized it was!

He loved life, people, and animals, and he was a friend to all…

I’ve followed in his footsteps … Fortran was my first computer language, I can fix things and build stuff as he did, I practice kindness and help others as I am able too, and do other things that he did not pursue … but that he gave me the opportunity to explore them, unconditionally and without judgement, ever.

I could not imagine another being my Dad, except his brother Jack who while we both miss him, continue on this earthly plain … doing fun stuff-

“The Way Life Should Be”.